A few more things harvested and tidied up

I finally got round to making the onions and garlic look better although I found out after I should not of cut the stems so short as the onion might get Botrytis!! I’ll have to eat them faster! 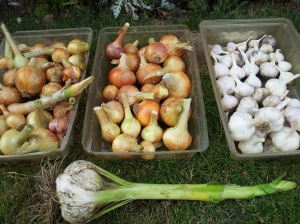 Whats that at the front?

The spuds from the ground havent been so great but then I revealed a 10litre pot of Anya’s which came out great. First time of trying and definate for next year! 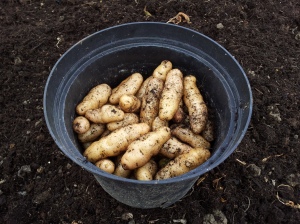 The lettuce always seems to be attacked by slugs but this pot has a bigger lip so they’ve survived so far! 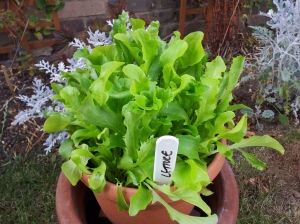 The missus picked some lavender… 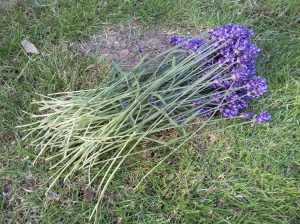 And here’s some photos of the sky 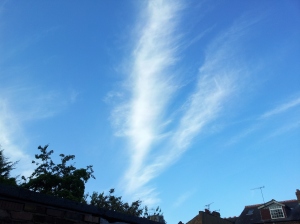 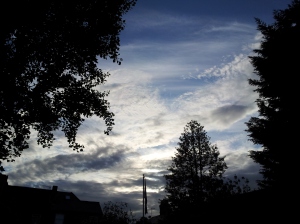 A hobbyist gardener and allotmenteer. I suffer from a condition called Ankylosing Spondylitis and also have Osteoporosis.
View all posts by Allotmentals Plot 103 →
This entry was posted in allotment, garden, sky and tagged allotment, berries, lettuce, onions. Bookmark the permalink.